Software Development is such an interesting career - from working remotely to working in a large tech hub to checking in from the beach - each person works in a wildly different way and that’s why we love it!

We wanted to know what gets devs started, what keeps them dreaming and how they work - so we asked some of our users!

Where do you live and work?

I'm from Germany, based in Cologne, I work at ThoughtWorks, where I'm officially a 'Consultant', possibly the most generic title you can get in IT (heh).

What I do specifically is I do work for clients, I travel to their locations and work in mixed teams (ThoughtWorks consultants within client's teams).

Mostly we help them becoming more Agile (whatever Agile means), it's not quite about establishing Scrum, it's more about getting concepts like CI, test automation, pair programming and all theses kind of modern practices in place by working together with the client and showing them how to do these things as opposed to simply telling them.

How long have you been doing this?

I've been a consultant for about 2 years. Before that, I worked as a Developer for around 5 years. I was building browser games, and worked a lot with Ruby, JavaScript and Java.

In-between that and my job as consultant I was self-employed for three years along with two friends - we started a business building custom software for clients.

The main clients we had back then wanted sports games - like fantasy football games or trading card games. It was a Ruby-only job, everything was built in Ruby, which is one of the reasons why I signed up there.

What sparked your interest for development? At what age?

It was back in school - I think I was in 5th or 6th grade (not sure) we had an extension course for kids interested in tech where our maths teacher taught us C programming. That was my first contact with programming and I was immediately hooked.

This idea of memory managements, pointers, etc. was just crazy - I loved it, and I decided straight away I was gonna be a Software Developer (or maybe a Hardware Developer, I wasn't sure back then).

In fact I decided to study hardware & software design - my bachelors and masters were in "Technical Informatics" which is a mix between software and hardware engineering. I've always loved both worlds.

How did that become your job?

Well, I remember during my first semester of studying there was a startup, kind of like a job search platform (which almost immediately failed). I signed up and said I could do Ruby (and I barely knew what it was) and a week later I was offered a job and I thought "Cool, yeah, why not?" so I took the happy coincidence and worked there for 5 years.

The job also helped finance my studies. To be honest, I was working there full time and studying on the side. My focus was my work where I learned practical stuff. I wasn't all that interested in university, I just did it for the exams; it can be handy in some niches of IT to have a degree in Software Development.

After that I was contacted by a professor from my university who was running an IT consultancy focusing on Software Development for Hardware (e.g. firmware for chips). I started working there after my studies and spent one and a half years there.

I was inspired by consulting and mentoring others but at the same time I knew that I wanted take a more agile approach to development. That's one of the main reasons that I switched to ThoughtWorks a year ago.

What in tech makes you tick?

Well, I'm heavily involved in IoT right now, because of my background in Hardware. IoT is up and coming and it combines modern practices with old school hardware knowledge - which me in a nutshell.

What's your tech stack of choice?

I'm not a framework / language fixated guy. I've had the chance to learn many programming languages during my work and I've started to avoid being opinionated with this. I do this because I think there's a danger when you are too protective of a stack; you often end up picking the wrong tool for the task.

With this attitude I've worked with many languages and tools here at ThoughtWorks. It's really broadened my perspective on Tech & Software Development. I don't focus on any specific technology but I'd say what I love doing is combining hardware and software.

You seem to be working a lot in IoT - anything interesting happening in the field right now?

We're working on something pretty cool right now, I can't say much, but I can go as far as to say that it's around connected vehicles...

Are you trying to relocate?

In a way I already feel like I'm living abroad. I travel to the cities where clients are; For the last 2 years I've been on the move with my backpack. I only sleep at home on week-ends, which makes me a sort of digital nomad, with the difference that I have an office wherever I go (I don't work from coffee shops).

Other than that, I've never considered moving out of Germany. I would be interested living somewhere else for half a year or so, since I love travelling, but I'm not currently planning to leave permanently.

What are your thoughts on current affairs, how do you think things are going to change in our industry?

I think Brexit will have a huge impact on companies in the UK. A lot of companies established themselves over there because it's an English speaking country within the EU not because of another practical reason. When the UK leaves it's quite logical to think a number of these companies will also leave or at least open other branches elsewhere in the EU.

I know that a lot of people in IT, particularly in the financial sector, are scared about their jobs in UK.

Regarding the US, if Trump enforces strict immigration policies it will lead to a smaller IT workforce. This is dangerous especially in an industry that relies so much on foreign talent.

How did your environment and family contribute to your career?

I have a very clearly defined opinion on this: I think there's no such thing as a self-made man. When you're successful in your life it's always the result of people helping you.

Help may mean different things, it can be as much as cheering for someone, providing money for their studies, or raising someone in a particular way and following them for 20 or so years without complaining.

So, all the people I've known up until now have been some sort of 'mentor' to me and helped me become the person I am now. Everything I have and I am I owe to the people I've met and have surrounded me throughout my life.

My family has very little idea what I do, I can exchange emails with my mother and that's about as technical as it gets.

If the internet inexplicably shut down tomorrow, what would you do instead? 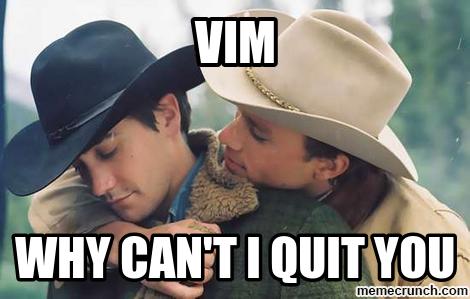 Well, in all seriousness, I really love teaching and helping people learn. I already somewhat do that every day and I think I would work as a full-time educator.

Is there a strong community where you are?

Not sure about Cologne actually, I've never had a project there so I don't have time to spend in the local community. I do participate in events around the bigger cities and right now I'm in the process of ramping up my speaker portfolio.

I had my first public talk last year at DevSecCon in London and I'll be speaking later this year at I T.A.K.E. (Un)conference in Romania. I'm always applying and looking for new opportunities to speak.

In a way I'm already in my dream job: I change projects often, I work with an engaged group of intelligent people and I can mentor some and be mentored by others. So, in a way it's as good as it gets for me.

Although, if I could change something, I would optimise the amount of work I do. I'm way past the point in which I have to work over 40 hours a week and I'm not doing any extra hours. I would be completely happy working 3 days a week.

How do you normally find work?

Given the current situation in IT, ThoughtWorks is the only job I applied for on my own initiative.

That was a new experience for me - very humbling. Up until then I took work for granted and this time I had to go through a very intensive month of assessment.

Now rant about something, please!

The IT field in general is completely lacking in diversity. It's been the case in almost every experience I've had, no diversity in every direction. Most developers are European white males (as I am), which really is quite sad.

If you start looking at diversity technically, you get better ideas, better discussions and more. Even looking at it from a human perspective, we are building an ivory tower of while males which every under-represented minority struggles to join.

And how would you hire for diversity?

Well, let's think for example about women in IT - a lot of women wouldn't apply to an IT job in a company in which they would be the only women. Companies don't seem to push hard enough to hire diversely - you have to make it explicit.

One of the reasons why I joined ThoughtWorks is because we hire very explicitly aiming at creating a diverse community. I think more companies should publicly try to become a role model in that matter. That's our only chance to influence the industry positively.

Last week was actioned packed for the WorkShape crew, as went to our second recruiting event in 24 hours…